The Incredible Speediness of Jamie Cavanaugh 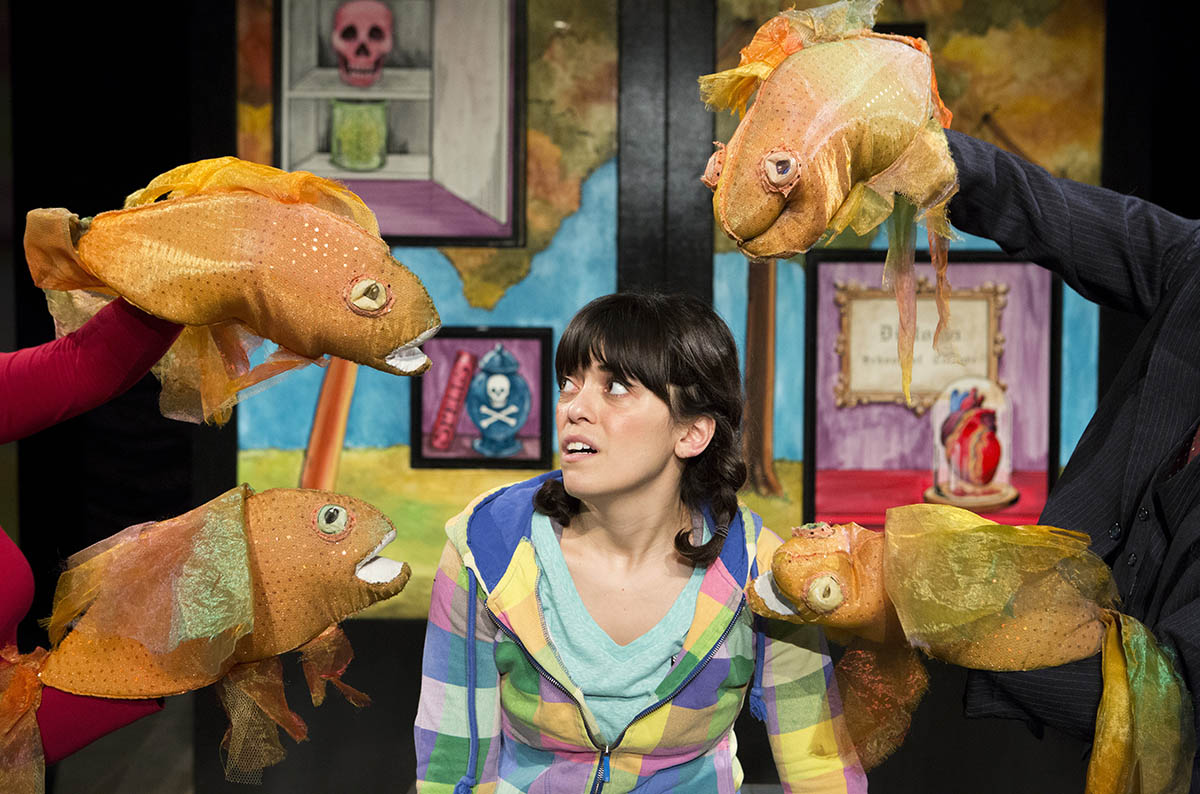 Have you ever had a really bad day? You know the kind. You get up late. Your hairdryer breaks. The car won’t start and you’re late for work on the one day you have to be on time. You have twenty things on your mind that won’t settle in one place long enough for you to grab hold of them. You feel uptight, frantic and overwhelmed in a world that is spinning around at hyper speed.

Jamie Cavanaugh has lots of those days. She always seems to be moving too fast, her mind on overload and her attention flying around and landing everywhere but where it should be. If she isn’t accidentally knocking over the fishbowl for the millionth time, she’s missing the school bus or letting words come out her mouth that should stay in. She finds herself in trouble all of the time, both at school and at home, in spite of her desire to do the right thing. When the suggestion is made that a school social worker might help her sort things out a little, Jamie gets a chance to talk things out. As she describes her whirlwind life, she has a sudden flash of insight – she decides that she doesn’t have a problem after all, but a gift….the power of superspeed!

Jamie shares her new discovery of superpowers with her best friend Max, who is struggling with his own issues. Jamie and Max find themselves between a Rock and a Hardplace, literally and figuratively, as they end up in a conflict with the school bullies that results in Jamie hitting Rock. Life goes from bad to worse as Max and Jamie have an argument and their friendship starts to split apart.

Meanwhile, Jamie’s parents, having been contacted by the school social worker, have started to worry that their daughter has Attention Deficit Hyperactivity Disorder (ADHD). They make an appointment with a paediatrician and their suspicions are confirmed. Jamie begins to doubt her superpowers and starts to think that maybe she does have a problem after all. She starts a trial round of medications for the ADHD that leave her feeling like someone else is walking around in her body. She begins to feel more like a villain than a superhero, and in frustration, she lashes out throwing and breaking things. This time on purpose.

But, as most bad days do, Jamie’s comes to an end as a brighter morning promises to arrive. New medications seem to be working and her head feels clear for the first time ever. She discovers ways to manage her ADHD and even starts to help her dad get a handle on some of his time management problems through accommodations she has been taught to use. She repairs her friendship with Max, while discovering a surprising new friend in Rock, who isn’t quite as tough as he appears to be when he’s around Hardplace. Jamie begins to realize that, even though she might not be a comic book superhero, she is super just the way she is; she feels better about herself. Life has taken a turn for the better for Jamie Cavanaugh.

The Incredible Speediness of Jamie Cavanaugh is an insightful look at the impact of ADHD on a child’s life, told with gentle humour and passionate honesty. As the irrepressible Jamie tells us her story in her own words, both as a participant in the story and as an observer, we can’t help but be drawn in as we take a walk – or rather a run – in the shoes of a child with ADHD.

Chris Craddock is an Edmonton based Actor/Producer/Writer. His theatre work in Canada has been recognized with four Sterling Awards and two Dora Mavor Moore Awards. He is the proud recipient of the Centennial Medal for his contribution to the Arts in Alberta, and the Alberta Book Award. His musicalBASH’d (co-written and performed with Nathan Cuckow) received a 2007 GLAAD media award. Chris has created compelling and engaging works for a wide cross-section of audiences. His plays include: Poptart; The Incredible Speediness of Jamie Cavanaugh, Indulgences; Faithless; DreamLife; SuperEd; Indulgences; Wrecked; Do it Right; Making Out; Men are Stupid Women are Crazy; Ha!, The Day Billy Lived); Moving Along; the fringe hit BoyGroove; and an adaptation of the novelSummer of my Amazing Luck by Miriam Toews. As well as theatre, Chris has made a successful switch to film and television, with four seasons of his show Tiny Plastic Men on SuperChannel and his feature directorial debut “It’s Not My Fault” due out this fall.

Jamie Cavanaugh is a fascinating heroine - smart, charismatic, feisty, and fiercely determined. She is also suffering from a physiological condition not of her making, which affects her behaviour. And yet this play is only peripherally about ADHD and its symptoms. The play really is about how young people deal with significant problems in their lives. It is about the nature of friendship. It is about understanding others, and the essence of empathy. It is about storytelling itself, and has at its core, the message that everyone has a fascinating and unique story to tell. The decision to design the show based on cartoon artwork seemed a serendipitous confluence of form and content in this play. Jamie tries to explain her feelings of differentness - her speediness - as a superhero asset. Many young people connect to this metaphor as a mythic explanation for the great forces of conflict in their lives. Like the X-Men, whose genetic abnormalities are manifested as super powers, Jamie has to find a way to interpret and understand her "specialness" as an asset, as opposed to a "disability". This is the very definition of the conflict between individuality and conformity with which we all grapple. It is all part of the process of growing up.

"Thanks for reminding me that students are more than just the labels we put on them." Justin Ng, Silver Springs Public School